Board of Directors and Staff

The Herbal Anthropology Project consists of a team of radical visionaries stemming from all over the globe with expertise in entrepreneurship, herbal medicine, ethnobotany, social change, integrative medicine, dance, and indigenous culture preservation. 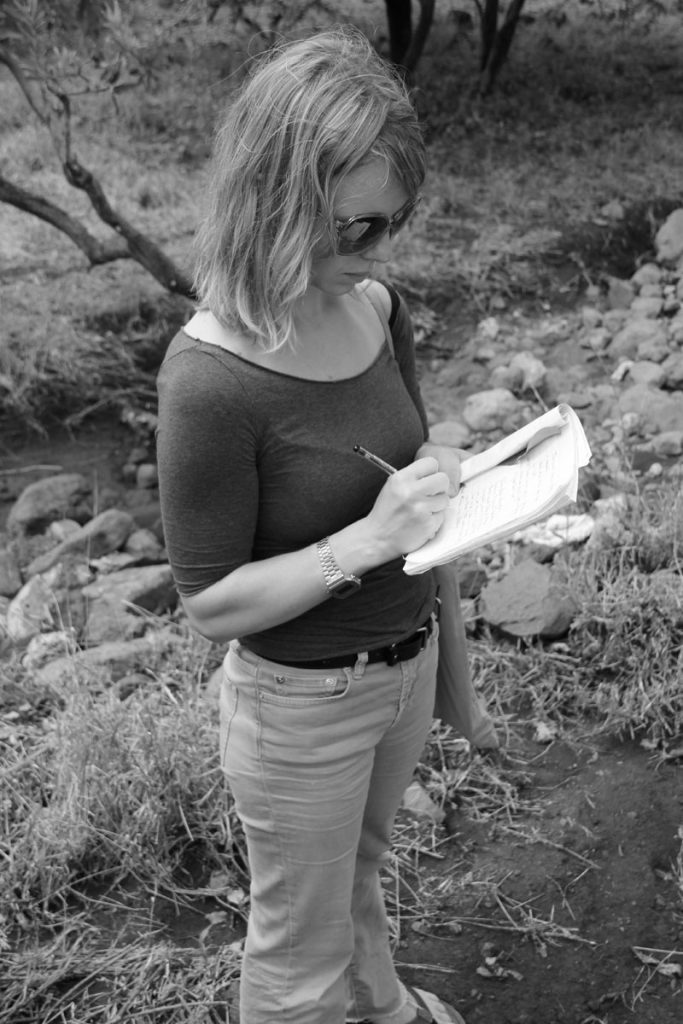 Laura Ash is a clinical herbalist, queer woman, dancer, visionary, storyteller, and social entrepreneur. In 2005 Laura graduated from The California School of Herbal Studies in Clinical Herbal Medicine while running a chai tea company. In 2008, Laura co-founded Avra Organic Spa in San Francisco. Overseas, Laura worked with Oxford University’s business school students consulting with social venture start-ups, and volunteered with Leadership Education for Uganda teaching literature to primary and secondary schools. Laura also teaches western herbal medicine classes, has a private clinical practice, and has been invited as a guest lecturer at UW Madison. After traveling the globe Laura has felt a sacred obligation to support indigenous people in their health sovereignty, protecting their sacred knowledge as it’s being lost far too quickly. Laura lives in San Francisco, CA with her two children, while running a herbal apothecary called The Scarlet Sage Herb Co. 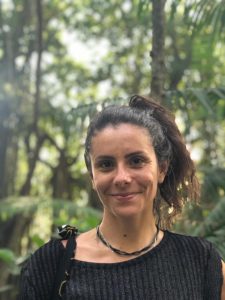 Now she is fully focused to use her combination into service for environmental and indigenous potential. Juliana is daughter of Oxum and Oxossi, with sun in virgo and moon and rising in Libra; nature and justice defines her purpose. She is a strong dancer, loves surfing, painting, making poetry, cooking and spending quality time with friends and family. With so many accomplishments in her life, Juliana is a free spirit and she believes her life brought her here: this essential crossroads in the space/time of reality, where traditional knowledge must partner with technological assets for us to have a chance to thrive as a civilization. 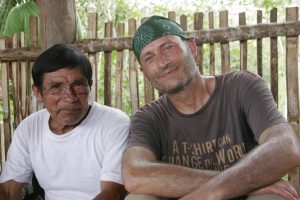 Marc is a recovering serial entrepreneur who had a first career in intelligent management systems before spending the next fifteen years leading or participating in the successful development and commercialization of safe alternatives to toxic solutions in the area of Personal and Household care products as well as water and soil restoration. In 2012 and his first journey into the Amazon, Marc quickly recognized the importance of Indigenous knowledge and worldviews into protecting natural ecosystems. Less than a year later he took an active role in establishing Sacha Warmi Centro, a unique resource and information center entirely dedicated to Indigenous Peoples and their knowledge systems. Since then, Marc focuses his time almost exclusively on redefining the conversation around our climate crisis to include Indigenous Rights as well as to co-designing intercultural models aimed at preserving traditional knowledge systems. When he is not, he is probably hiking forests or swimming in the ocean with his son. 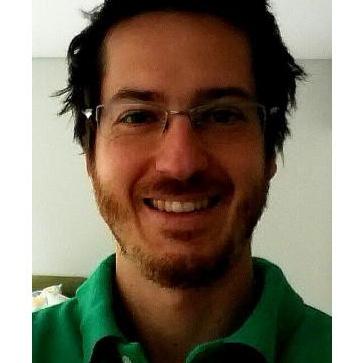 Pedro Paranaguá has served as a lead Advisor at the Brazilian House of Representatives for Internet, copyright, patent, traditional knowledge, data privacy, cybercrime, and related matters (2012-2017). He was responsible for drafting the Brazilian Internet Framework Bill (“Marco Civil”) for the rapporteur. He coordinated the 350-page report, “Brazil’s Patent Reform,” for the Brazilian House of Representatives. Mr. Paranaguá served as a Lecturer in Law at the LL.M. in Business Law at Fundação Getulio Vargas (FGV), Brazil (2007-2017). He has been an invited instructor at Duke University School of Law (2011), assistant professor of law at FGV Rio (2005-2009), and has held numerous other lectureships in Brazil and abroad (Harvard, Yale, UCLA, UNESCO, UNCTAD, WIPO, Brazil’s Supreme Court and Senate). He was Program Manager of the Access to Knowledge Brazil Program at the Center for Technology and Society (CTS-FGV), where he also went on a mission to the extreme Northwest of the Brazilian Amazon to learn and teach on traditional knowledge with the native Brazilians of the Kootiria, Baniwa and Tukano ethinic groups, and Mr. Paranaguá was also a co-representative of Creative Commons in Brazil (2005-2010). He produced commissioned studies on copyright and technology for the country’s Culture Ministry, and served as FGV-delegate at the World Intellectual Property Organization (WIPO) in Geneva (2005-2009). He has also been a member of the Brazilian Free Software Project. He was a Project Manager on patents and access to medicines, with a scholarship from Doctors Without Borders (MSF) (2003-2004). From 2001 to 2003, he was an IP lawyer at Gusmão & Labrunie. He is the author of the books WIPO’s Development Agenda: another stillbirth? A2K or enclosure (LAP, 2019), Copyright Law (Portuguese) (w/ Sergio Branco) and Patent Law (Portuguese) (w/ Renata Reis) (both FGV, 2009), and of the forthcoming book “Copyright Law Reform: Tropicália 3.0?” – in English and Portuguese. Blogged from Iran during the 2009 elections. Mr. Paranaguá holds a Doctoral degree (S.J.D.) (Duke), under the supervision of Prof. Jerome Reichman, and Board Members James Boyle, Laurence Helfer, David Lange & Ruth Odekiji, and a LL.M. (cum laude) (London). Mr. Paranaguá quit Brazil’s Lower House in 2017 to dedicate himself to parenthood, bioconstruction, agroforestry, nutrition, and to continue serving as a consultant on public-interest IP issues. 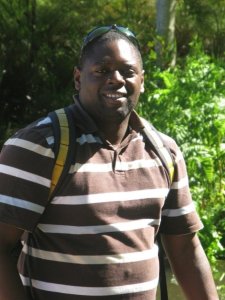 William Hakizimana is chief technology officer and co-founder of Export Abroad (exportabroad.com). Born and raised in the beautiful hills of Northern Rwanda, William’s first experience with the power of traditional knowledge was when he had a liver infection that was elusive to western therapies and a traditional herbalist cured the infection. William’s experience with big data management and his enthusiasm of developing web tools for the developing world strongly contributes to the mission of Herbal Anthropology Project. 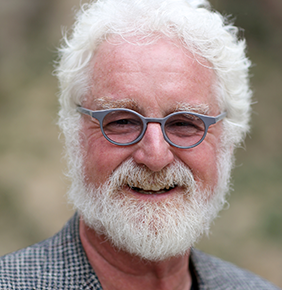 Kevin has operational experience as the owner or founder of businesses in the areas of real estate (Impact Hubs in San Francisco, Berkeley, New York City, Washington, DC, and Philadelphia); conferences and events (Social Capital Markets); digital media (Net Market Markers) and platforms; broadcasting and program syndication; and publishing. Five of his previous six businesses, including Net Market Makers, achieved market dominance before he left or sold them.

In 2005, Kevin became a principal of Good Capital, a venture fund that accelerates the flow of capital to innovative ventures and initiatives. These are companies that harness the power of the market to create sustainable solutions, solving some of the world’s most complex social problems. In that capacity, he has served on boards of several portfolio growth companies, including Better World Books. In 2008, he founded and continues to serve as the convener of an annual event series, Social Capital Markets (SoCap), that has become the leading global convener for impact investors and social entrepreneurs. 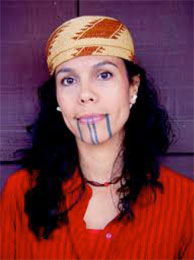 Sage is a Clinical Herbalist, ethnobotanist, lecturer, teacher, and gardener specializing in both Native American and Western herbal traditions. From the age of 7, Sage has been working with local medicine people from her tribe, the Northern Wintu (California), and other neighboring tribes. Sage maintains a strong connection with her tribe through continued participation in ceremonial and cultural activities. She has been teaching “Ethnobotany of California native plants” for over twenty years, and leads plant walks throughout the state. Sage was a Community Health Representative (CHR) for two years after her clinical internship with Sonoma County Indian Health. A CHR, sage assisted clients with diabetes care, nutritional counseling and doctor patient translation. Sage is actively involved in watershed management projects and was previously the Water Resource Coordinator for the Hopland Band of Pomo Indians. 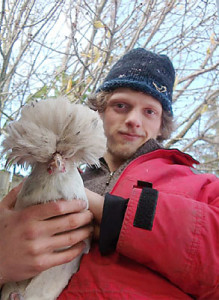 Alex McAlvay is a Botany Ph.D. student at the University of Wisconsin-Madison. He received his bachelor’s degree in biology and anthropology at Western Washington University. His interest in ethnobotany emerged while growing up in Washington state where he marveled at the manifold uses of local plants. This curiosity developed into a passion for the preservation of traditional ecological knowledge and health sovereignty. He has participated in fieldwork with the Diné and Kwakwak’wakw people of the U.S, Sidama of Ethiopia, and Wixárika of Mexico. His Ph.D. research explores the long term effects of historical plant management by the Nuxalk First Nation of Canada. 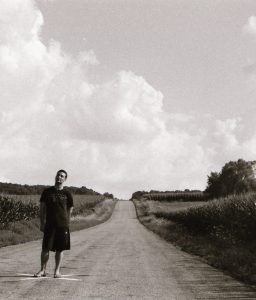 Jacob Golan is a Ph.D. student at the University of Wisconsin-Madison. He received his bachelor’s degree in biology and geology from Duke University. He became interested in traditional knowledge working as a mushroom breeder in southeastern Pennsylvania. His Ph.D. research emphasized fungi biology, computational biology and the intellectual property of genetic resources.